Welcome to the Prinz Project! This project has had a long evolution. In April 2011 I asked Bruce Adolphe, an old friend and mentor, if he would write a piece for me.   Bruce mentioned that he had been thinking of writing a piece inspired by the life of Joachim Prinz, a rabbi who lived in Berlin in the 1930s, saved many lives by urging Jews to leave Germany, then immigrated to the US, befriended Martin Luther King Jr. and became an active presence in the civil rights movement. I liked the idea very much, but as we were both busy with other projects, time passed and nothing happened.

Then in December 2012, after the tragic shooting at Sandy Hook Elementary School, I began to think a lot about the nature of violence, wondering; What drives people to hurt others? I realized that the common thread in every act of hatred, under any circumstance, is a lack of empathy. The perpetrator is unwilling or unable to understand the perspective or feel the pain of another human being.

Music IS empathy. It incites emotions and resonates with memories. It connects people in a way that mere words cannot, transcending geography and circumstance.   I asked myself what I could do as a musician to foster peace and teach empathy. And that’s when I remembered Bruce’s Prinz concerto idea and realized that Prinz’s message, and his unique role in bridging the Holocaust and the Civil Rights movement and transforming the two into a universal fight for freedom, provided the perfect backdrop for an interdisciplinary curriculum incorporating history, literature and the role of music in expressing the human struggle and bringing about social change. 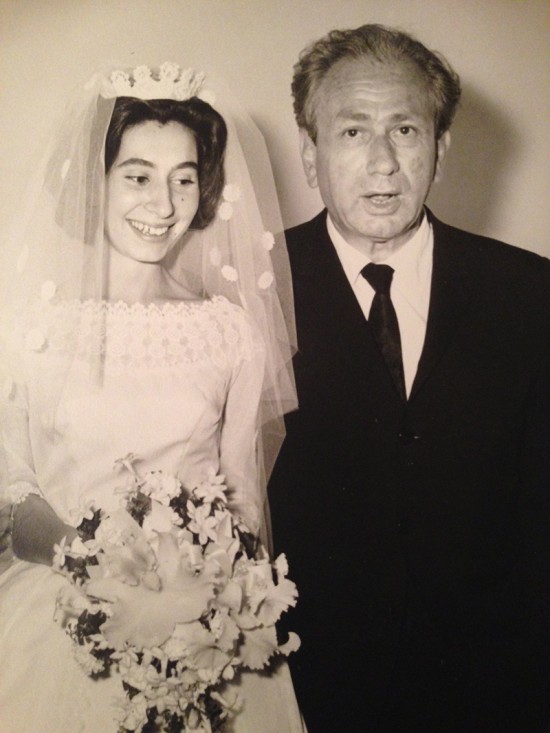 A few weeks later, by total accident, I met Michael Stern, the conductor of IRIS orchestra, and out of the blue (I think I recognized in him a kindred spirit) I told him about my idea of a school curriculum accompanying the world premiere of a new concerto by Bruce Adolphe. He was excited too. IRIS commissioned Bruce to write the piece and I started to work on the curriculum, which you can explore in the following pages. HUGE and special thanks to Dr. Marilyn Taylor of Overton High School in Memphis, Steve Sears of Oak Ridge Elementary School and Erica Sears of Leon High School in Tallahassee for their help and collaboration on the curriculum.

One last personal note — the most amazing, goose-bump-inducing coincidence occurred after all of it had been put in motion — I was talking to my mom about the project and she said, “Wait… Joachim Prinz?  He married us!”  Yes, it turns out that my grandparents knew Joachim Prinz from Germany and asked him to marry my parents.   Here is a picture of my mom and Joachim Prinz at my parents’ wedding! It feels a bit like destiny that this project arose. I hope that Prinz’s message of kindness and justice for all will inspire generations to come.