February 2018 Bernstein Serenade with the Kansas City Symphony: “From the first note of the piece, Roffman displayed a sense of boldness and authoritative composure. Throughout the whole piece her timing of the phrases and the tuning of all of the double stops (playing two notes at the same time) especially in the second movement, was impeccable.”

“RSNO leader Sharon Roffman directed the band with surefooted panache.” –The Scotsman, May 2019

“As Roffman pointed out, however, in her thoroughly engaging remarks to the large audience, there is much more to Beethoven 5 than those few bars. And there was a great deal in the orchestra’s fresh, crisp, historically-informed approach to the music to grab the attention, with the final bars of the Andante second movement beautifully measured and the winds-and-pizzicato-strings segue into the opening of the Allegro finale as dynamically realised as you will ever hear it.”  –The Herald, May 2019

“…a violin solo that was a masterclass in seductive lyricism.” – Simon Thompson, The Times of London, August 12, 2019

“RSNO leader Sharon Roffman, however, gave an exceptional account of VW’s The Lark Ascending before the interval – poised, precise, and evoking rapture through Zen-like focus.” — The London Telegraph November 2019

“…a beguiling performance by RSNO leader Sharon Roffman of The Lark Ascending, her gorgeously naive opening signaling the individuality and thoughtfulness that was to follow.”  Ken Walton, The Scotsman, November 2019

“Stepping out from her leader’s chair, violin soloist Sharon Roffman gave a refined and subtle performance of The Lark Ascending…With its gentle folk-fiddle colourings, and sensitive support from her colleagues in the strings and winds, this was a beautifully-focused rendition of the popular classic.” –Keith Bruce, The Herald, November 2019

“Violinist Sharon Roffman was soloist for the first concerti of both Mozart (K. 207) and Haydn (Hob. VIIa:1). Roffman was terrific, her tone warm but refined and focused, her interpretation a thoughtful, absorbing push-pull, giving extra lingering emphasis to those points where each phrase’s arch started its tumble into the next, encouraging the music forward, gently nudging its energy into the spotlight.” –Boston Globe

“Much of the credit goes to a terrific performance of the solo part by Roffman.  She has not only a sweet and lyrical tone well suited to Barber’s melodies; she also has the musicianship to shape them intelligently, without wallowing in them.  Her ability to keep the musical flow intact worked perfectly in the expansive opening movement and the deeply melancholy Andante.  The finale, a wicked perpetual-motion machine, allowed her to demonstrate her considerable chops.”  –Boston Globe

“The most striking attribute of [Ms. Roffman’s] performance was the degree to which she addressed each of the composers on her program with a distinct sound… She brought a trim, focused Classicism to Beethoven, a purely Gallic intensity to Poulenc, and a velvety texture and rich hue to Brahms.”  — The New York Times

“Roffman played with poise and assurance.  One of the finest recitals I’ve ever heard.” – Classical NJ 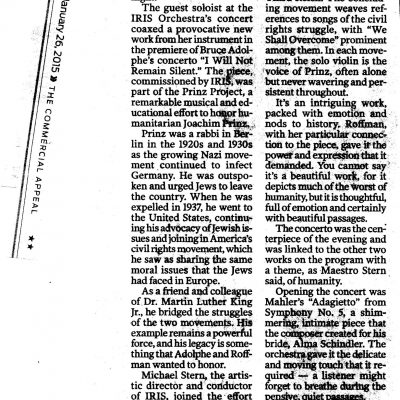 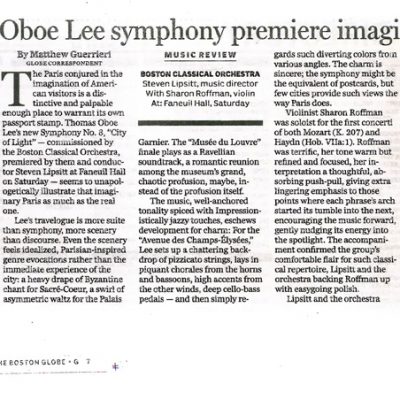 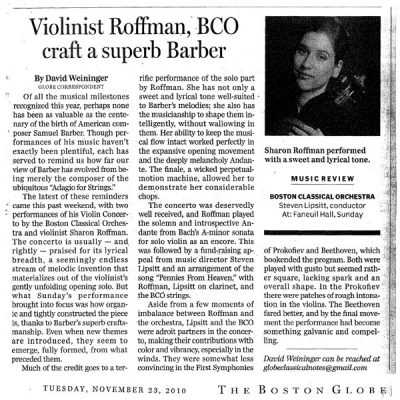 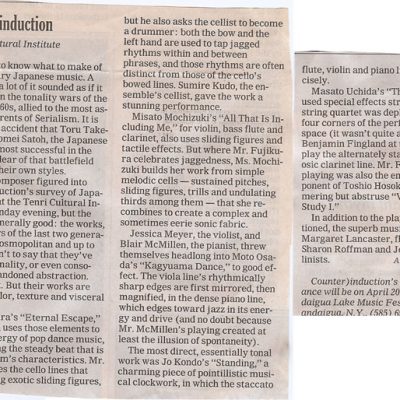 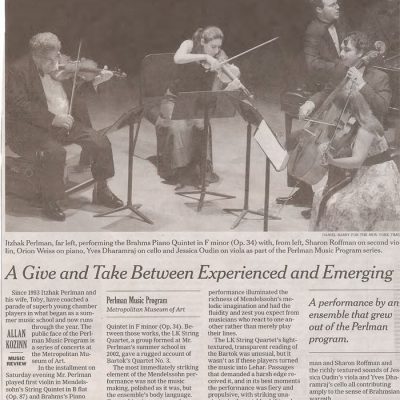 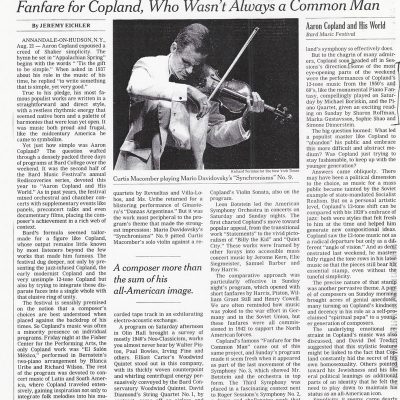 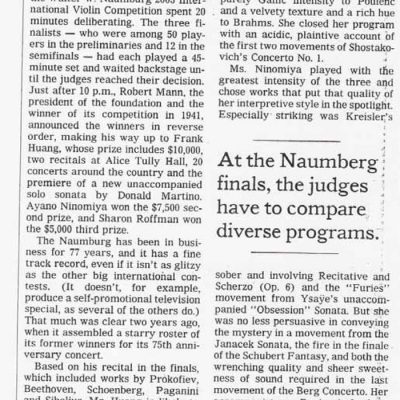 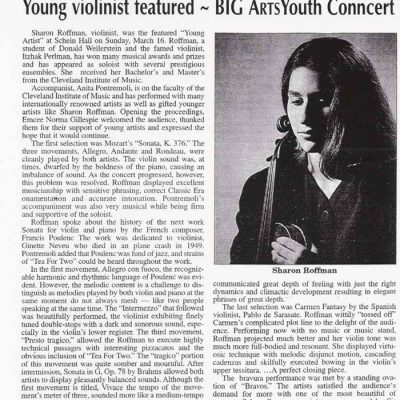 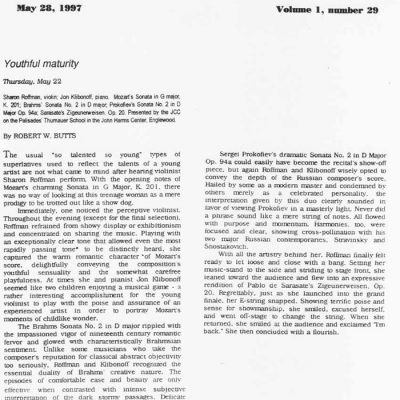 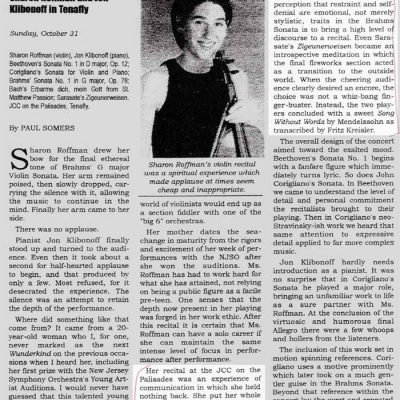 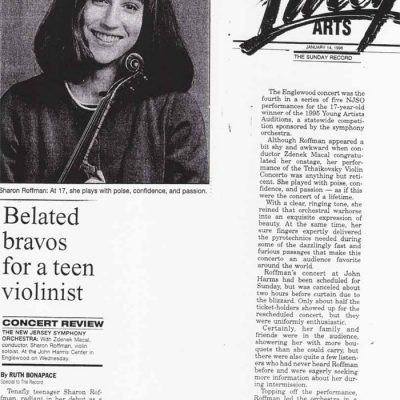 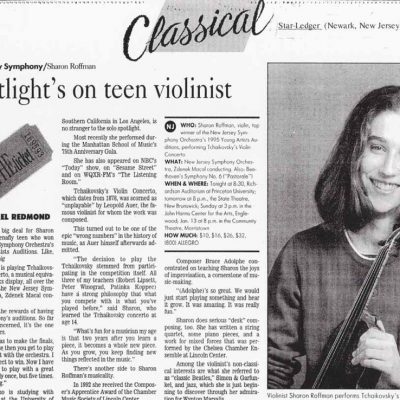 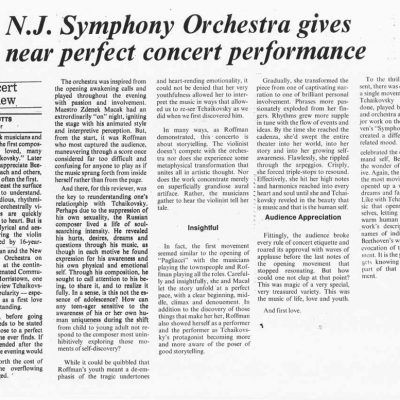 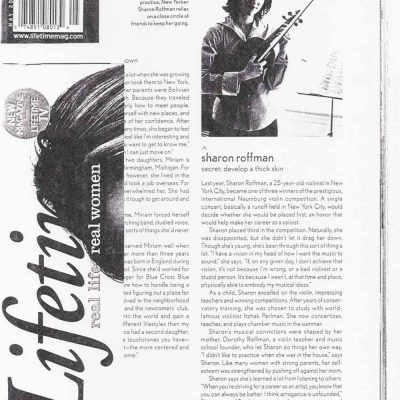 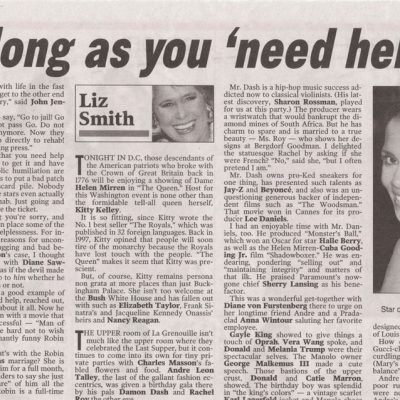 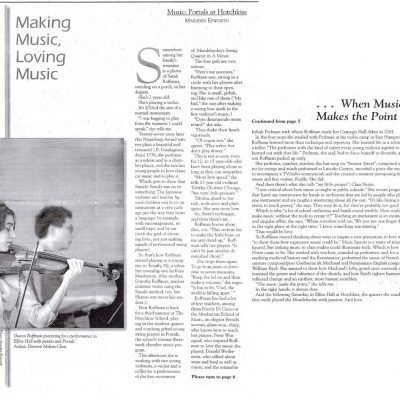 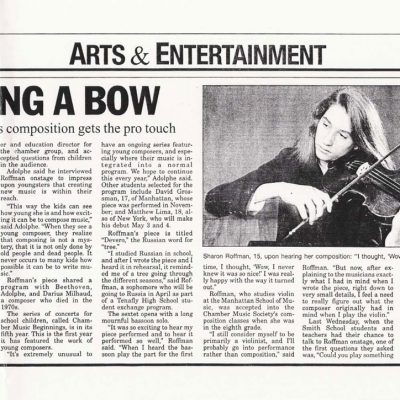 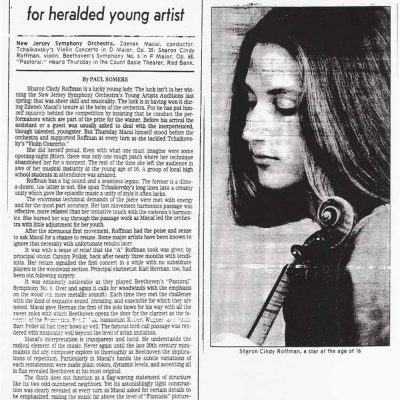